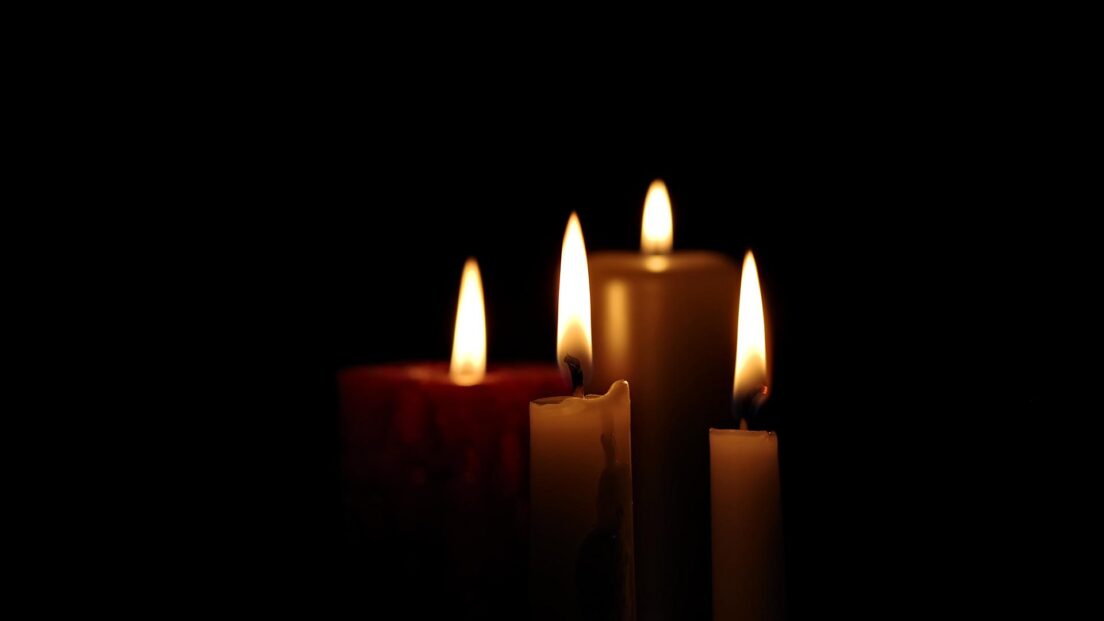 Conversations with Poles on All Saints’ Day

On November 1st, Cemeteries throughout Poland open their gates to massive public visits caused by the annual celebration of All Saint’s day. People come to pay tribute to the lives of those no longer living.

Powązki Cemetery in Warsaw is especially well known amongst locals and foreigners. Being one of the most ancient necropolises in Poland, it resembles an outdoor gallery with thousands of large, impressive tombstones and sculptures. Particularly on special occasions, with tons of colorful candles and flowers around, the atmosphere at the cemetery becomes absolutely moving.
Once we arrived to Powązki cemetery on All Saint’s Day, we saw a great number of people there. Some were cleaning around tombstones, some were laying flowers and lighting candles while others were simply standing and praying.
“Candles resemble the old bonfires burned to bring the souls of the dead to the place of action, illuminate their way and warm them. The connection between the deceased and the light is therefore strong even now. Flowers are the last remnant of various gifts offered to the dead, although their former resurrection symbolism is completely forgotten. The prayers are invitations addressed to ancestors with a request to come, participate and bless the living”, says a Polish religious scholar, ethnologist of religion, professor of humanities dr. hab. Andrzej Szyjewski.

During the interviews I understood that All Saint’s Day is one of the holiest and most symbolic days of the year for most Poles.
Almost all people I talked to agreed that it’s the day of remembrance.

“Families gather together and we go to cemeteries to visit the graves. Doesn’t matter if a person is religious or not”, a woman who preferred not to disclose her name said to us.

“If you’re in Warsaw you will notice that Warsaw is almost empty because many people who live in Warsaw don’t actually come from Warsaw and they’re back in their villages and hometowns visiting the family graves”, said one interviewee, Lucy. “It’s a day of prayers, contemplation, and silent meditation. Not really like a celebration. Just like when you have a moment of silence, but the whole day is like that”, she continued.

People told us that they come to cemeteries always on November 1, and also a few more times during the year to visit the graves of their family members and others.

“Today we visited the graves of Władysław Reymont – a Nobel Prize winner in literature, author of a very famous book Chłopi (The Peasants). And also, Emil Młynarski, Żwirko i Wigura and Jerzy Waldorff, a very famous personality and the founder of this community”, said a man who was collecting money for the restoration of the graves in Powązki Cemetery.
Wojtek, a man who’s originally from Wroclaw said that even though no one close to him is buried in that cemetery, he just comes to pray for random people.

” I visited the graves where there were no flowers, damaged gravestones, the ones that no one really remembers, and prayed for souls who suffer in Purgatory”, said he.

Referring to a type of tradition which is still being passed on to next generations dr. hab. Andrzej Szyjewski said:

” It is worth paying attention to the custom of leaving at least one candle on forgotten graves, continued in the form of official wreath laying or candle lighting on the grave of the Unknown Soldier or commemorative plaques / monuments, etc. not only on the national holiday on November 11, but also on November 1″,

We also asked people if there’s been any changes related to All Saint’s Day over the years. One person said “Yes twenty years ago there was a lot of plastic flowers and now there’s only natural ones. But always a lot of lights”. While one woman mentioned that things got much more organized and cleaner.
“I feel that this year it’s less crowded than it used to be. Probably due to the pandemic. Many people had to say farewell to their loved ones because of it, and that’s why they probably felt kind of insecure visiting here today in this time of the year” – said Vitek, another interviewee.
A man representing a fundraising community told us that there were no changes throughout the last decade. However now he could see that many young people are celebrating All Saint’s Day by attending Halloween parties.

Our expert in the field- religious scholar, ethnologist of religion, professor of humanities dr. hab. Andrzej Szyjewski, when asked the above mentioned question, says: “The old solemn feast of the living and the dead has been replaced by a simple meeting of the living at the graves and the moments of mandatory conversations. The custom of inviting souls to our home or at  the cemetery has been replaced by coincidence, and thus completely transferred to the Catholic liturgy.”
Afterwards when talking about the potential future changes, he said: “social distancing will cause people to move away from earthen graves with tombstones. If, despite the prejudices to cremation of the Polish society caused by WW II, this form of burial becomes widespread, there will be no place to put any candles, flowers or flags at the grave. It can be predicted that such activities will be transferred to virtual reality and computer replicas of cemeteries will be created along with the possibility of lighting virtual candles (some of them already exist). Another thing is the import of the Western Halloween, which enters the Polish society with all ready-to-use celebrations and so far, is poorly associated with any exciting ideas and symbols of the Polish tradition.”
My next question was whether people should be happy or sad on this day. Lucy (an interviewee), said that we should not make judgements about that but be respectful of each other’s feelings and let people feel what they feel.
“I can be feeling happy because I’m thinking of some good memories but somebody next to me could be sad. So I don’t wanna behave in a way that will bother them. We should feel what we wanna feel but be respectful to others”, she said.
We also talked to Vitek, a man who was walking around with a bunch of very interesting friends, one of whom was actually an African film director, and telling them about the November 1st traditions and Powązki Cemetery. Here’s what he said: ” I wish people could be happier remembering the good times they shared together with those who passed away, rather than being sad that they are not around anymore “.

Artur Andrus, a famous Polish journalist, radio host and songwriter, put it this way: “There’s always a feeling of sadness that accompanies the loss of a loved one. But looking at it from a distance, we can be happy and grateful at the same time for we had or met someone we have shared many years with”. From what he was saying we could sense that he was talking about his late father who has passed away not so long ago. Lastly, we ended our conversations with the question of how people actually feel about death and dying. “Death is a last act. It will happen to all of us”, said Artur Andrus incredibly casually. He personally thinks that death should be treated as another stage of life. “A Man is born, lives and dies. That is the order of things. It is the only way”, were his last words before we thanked him and said goodbye.

I was personally deeply touched by what one interviewee, Wojtek said: from the perspective of a believer, death is just a passage to afterlife. For me death is not the end, but awakening to an eternal life! And then somewhere between the lines, he recited those words from the Bible: “for dust we are and to dust we shall return”.